PJM’s New Energy Market Reforms: Reasons Why Your Energy Prices May Go Up 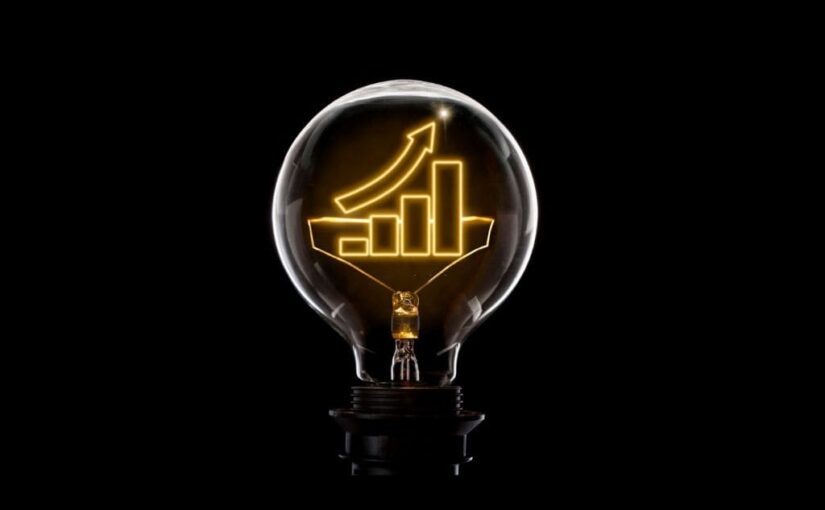 PJM Interconnection, the largest Regional Transmission Organization (RTO) in America, is responsible for coordinating the delivery of electric power to more than 65 million people in Illinois, Indiana, and most of New England. PJM is responsible for buying electricity, managing capacity, and regulating reserve power to make sure that the lights are always on for its users at the lowest possible cost.

With such a massive service area, PJM determines how they operate within the energy markets and ultimately influences market dynamics that directly affect their business. Over the past 14 years, PJM has handed down several proposals calling for rules that affect who can participate in their capacity markets to make sure that outside factors (like subsidies) do not interfere with the true market price of electricity.

The latest ruling from the FERC relates to PJM’s minimum offer price rule (MOPR). As of December 19, PJM had to significantly expand the application of its minimum offer price rule to include most state-subsidized power generators. The ruling also specifically exempts existing renewable resources from the MOPR. The main argument in support of the FERC decision is that subsidized resources have an unfair advantage and should adhere to the MOPR as well.

This decision will likely affect consumers in several ways. To begin with, it will raise electricity costs for PJM customers. Since the rule now calls for PJM to exclude many of the cheapest power sources from the energy market, many will see a noticeable increase in their electricity bills. Additionally, these new changes will likely hamper the development of renewable energy sources since it will now be even more difficult for nuclear, wind, or solar projects to secure financing from forwarding capacity contracts.

While JPM is working to comply with these new rules, a handful of states, including Illinois and New Jersey (who are both pursuing aggressive clean energy goals), have considered pulling out of the capacity market altogether.

PJM operates in several competitive wholesale markets where large quantities of power are bought and sold throughout 13 states in the Midwest, New England, and Washington, D.C.
The energy market, which is responsible for about 63% of wholesale power costs, works like a stock exchange. The goal of the market is to match electricity demand (the peak amount of electricity that could be consumed by all customers at any one time) with offers to provide it in the near term, providing reliable power at the lowest possible cost.

The second component of the wholesale power market is the ancillary services market, which helps to regulate resources and reserve capacity, ensuring reliable power distribution. It corrects for any deficiencies and fluctuations in the market and ensures that power generation resources can quickly come online.

Finally, the capacity market (also called the RPM), introduced in 2006, accounts for 20% of the wholesale power costs. Since it is costly and difficult to store electricity, it must be produced as it is needed. The capacity market deals three years into the future to make sure that there will be enough capacity to deliver or limit electricity, particularly in an emergency, to meet the peak future demand, and that this is achieved with the lowest-cost mix of resources available.

Additional Read: Understanding The Basics Of Electricity Generation & How To Purchase It For Your Business

Each year, PJM holds the base residual auction (BRA) three years before the anticipated delivery year to ensure the ability to procure future power supplies at the lowest price. PJM will ‘clear’ individual suppliers who offer the lowest prices for the year that they commit to. To qualify for this auction, suppliers are subject to the MOPR. This rule was implemented to ensure that new operators (who obtain significant project financing from capacity commitments won at the BRA) are not allowed to submit low-cost offers that artificially depress the clearing prices. The final clearing price is set by the offer price of the most expensive resource that clears the auction.

With the MOPR currently in place, the price floor is 90% of the Net CONE (cost of new entry) for each supplier based on the type of power that they will generate and where it will be located.
Understanding PJM’s proposal

The FERC agreed to adopt PJM’s MOPR proposal at the end of 2019. The ruling does several things to change which types of suppliers are subject to the MOPR:

These changes render many state-subsidized providers uncompetitive on the capacity market by raising their bids in PJM’s capacity market. Previously, as of measures that PJM adopted in 2011, solar and wind generators could join the approved nuclear, coal, IGCG, and hydroelectric resources, which could enter the BRA at a price of zero. In 2013, PJM revised the MOPR again so that it only applied to gas-fired resources.

Since then, all types of power generators—from small solar or wind farms to large nuclear facilities that were previously exempted from the MOPR have flooded the capacity market.

Naturally, the petition to extend the application of PJM’s MOPR came from coal and natural gas generators who stand to benefit from these recent changes. They believe that the previous MOPR application is unjust and unreasonable since it creates incentives for non-competitive offers.

How Did This Change Affect Energy Users?

This change will have immediate and long-term consequences for power generation in PJM’s capacity markets. Initial estimates show that these measures could increase capacity costs by at least $2.4 billion each year since many of the cheaper resources will be excluded from the capacity market. These costs will be passed on directly to consumers as a rate hike—easily a few dollars more each month for residential customers and quite a bit more for industrial users. As capacity costs rise, however, there are still plenty of electricity sources that could depress wholesale energy pricing. These sources would jeopardize suppliers with thin margins, especially nuclear generators. Additionally, since certain types of generators are not included in the capacity market, these changes may spur overbuilding in an already redundant market.

Most importantly, these changes will also stymy other types of taxpayer-supported clean energy projects. As states continue to subsidize the construction of renewable energy infrastructure, whether through indirect subsidies, like zero-emission credits (ZECs) or other types of direct subsidies, those new facilities will not be eligible for the capacity market.

Excluding these projects from the financing obtained by selling on the capacity market will raise the costs of intermittent types of power generation significantly. Wind energy could cost 10-20% more, and solar costs may increase by 15-25% without access to capacity payments. Many argue that removing these alternatives from the capacity market effectively handicaps an individual state’s right to enact meaningful energy market reform.

On the other hand, this reality is compounded by the fact that these new rules secure fossil-fuel power generating plants. Older fossil-fuel-fired facilities can rarely produce energy but rely on payments from the capacity market for their revenue. These older, carbon-intensive plants are paid to be available during peak usage, even if they don’t routinely produce any energy. Ultimately, this prevents progress towards cleaner types of energy in the long term and entrenches the current mix of resources employed.

Additional Read: What Determines The Price You Pay For Power?

In the immediate term, the intention of the FERC ruling is to restore market balance without interference from out-of-market payments, like subsidies, to ensure that PJM secures the lowest-cost mix of resources. Unfortunately, expanding the MOPR and excluding many new renewable energy sources will likely have several adverse effects on consumers.

First, without these subsidized resources on the capacity markets, capacity prices will rise. Consumers will see that as a rate hike on their monthly electric bills. In the long term, this will lead to increased inefficiency in an already redundant energy market.

Secondly, states’ progress towards cleaner types of energy will be hampered. Instead of securing capacity payments towards project costs, these facilities will need to procure alternate funding, impeding states from reaching carbon-emissions targets and clean energy goals, taking away a state’s right to influence the energy policy of its inhabitants. Worse, it protects existing fossil-fuel resources who do not even have to produce power to earn capacity payments.

The FERC decision has elicited strong reactions from all sides. Competitive power providers are pleased. However, nuclear, wind and solar generators worry that restricting access to the capacity market will set them back for years to come.

Navigate Power is a leading electricity and natural gas consulting firm, headquartered in Chicago, IL. Ranked no. 550 on the 2017 and no. 856 on the 2018 Inc. 5000 list as one of the fastest-growing companies in the nation, Navigate Power continues to expand into new markets nationwide and currently manages over 30,000 commercial energy accounts and over one billion dollars in energy budgets.